Pacific Swallow, a small bird that often spotted perched on high places such as cables and antennae. It is most easily identified by their forked tail and long wings which forms a graceful arc when it flies. Unlike the similar looking swift that hunts while flying, the Pacific Swallow hunts from its perch, demonstrating its speed and agility by performing aerial maneuvers to catch its prey, which consists primarily small insects. It builds its nest on sheltered vertical surfaces like the eaves of buildings and ventilation holes, sometimes forming large nesting colonies in suitable areas like abandoned buildings. 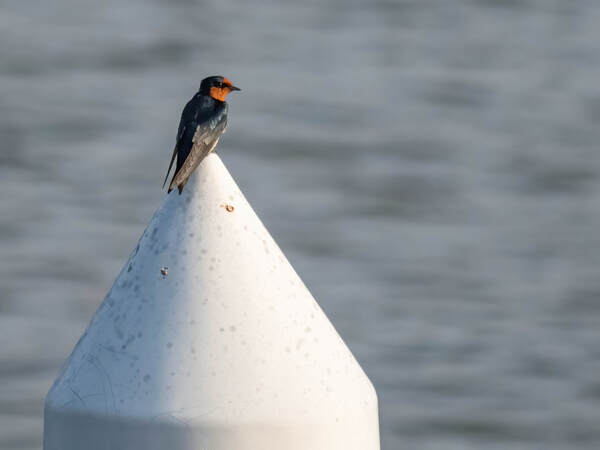 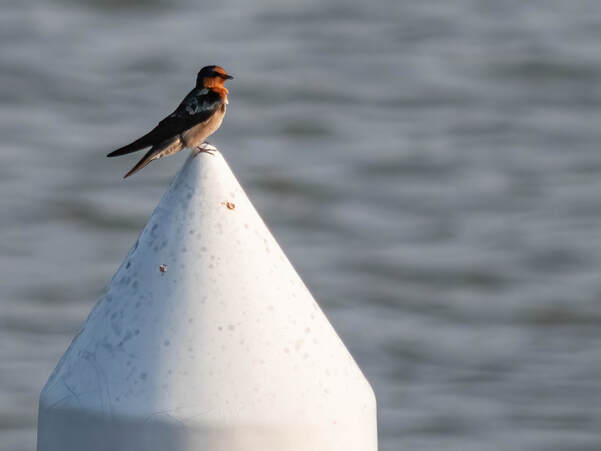